Explore the things that make Dialogflow so popular and objectively better than some of the other conversational AI platforms on the market.

Artificial intelligence is a broad term that encompasses numerous distinct technologies, albeit all having the same fundamental goal - to let machines do the work for humans. This is true for conversational AI as well, a sub-field of AI that teaches computers natural human speech but there’s more to conversational AI than just humans taking the most efficient route.

Conversational AI exists because of a major paradigm shift in consumer preferences and expectations. Recent studies show that there is a major shift towards online users valuing immediate responses more and more. This trend of instant gratification can be seen in almost every aspect of internet browsing, from media consumption and social media to online shopping and even online dating. This also means that many internet users would, in fact, talk to computer conversational agents rather than humans - because the former is faster.

It’s hard to say what this means for human evolution but the two main takeaways for businesses are:

Conversational agents’ adoption rates have gone through the roof recently as a lot of businesses are using them to:

However, most of the conversational agents in the market today are very basic. They have a simple data set with some responses that can be triggered by certain keywords. Yes, they’re not exactly C-3PO or HAL 9000 but that’s mostly due to budget constraints that most businesses have to work with.

Conversational AI hasn’t been pushed anywhere near its limits and most businesses don’t even deploy modern technologies such as machine learning and natural language processing (NLP) that make conversational tech far more capable. Conventionally, such technologies have been limited to conversational agents like Microsoft Cortana, Apple Siri, IBM Watson, and Amazon Alexa.

However, that is changing. Technologies that once powered only the most expensive and complicated products can now be found in basic home appliances. This is known as the proliferation of technology and is what’s happening to conversational AI today. Platforms like Dialogflow, Wit.ai, Rasa, and IBM Watson are bringing state-of-the-art AI to consumer-level conversational agents for very affordable costs - ushering in a new era of artificial intelligence.

Google has been researching and undertaking natural language projects for quite some time now, with teams dedicated to Machine Intelligence, Natural Language Processing (NLP), and Machine Translation. In 2016, Google bought Dialogflow (originally known as API.AI), a company specializing in conversational user interface. Google already had all of the functions it needed to create powerful conversational agents but acquiring Dialogflow meant that they had the form now too.

So what is Dialogflow today?

Dialogflow is part of Google’s vart ecosystem of cloud services. It is a fully-hosted on Google’s secure cloud which means you don’t need to host it yourself. On the surface, Diagflow looks like any other Google service with its simplistic but functional UI. It has a console to manage your agents (a core component that we’ll talk about next), a visual builder, and monitoring and analytics tools found in every other GCP service.

However, underneath the bright colors and unassuming fonts is a natural language processing engine that is built on proven scientific benchmarks, supports over 20 languages, and leverages the bleeding edge of conversational AI to interpret data far beyond just rows and columns.

No, we’re talking about a different breed of conversational agents that have natural language understanding (NLU) and thus can process unstructured data and natural human speech. In order to achieve these advanced capabilities, AI conversational agents built with Dialogflow have independent components, each of which can be separately customized. For starters, Dialogflow doesn’t have “conversational agents”, it has agents. Each agent represents a human agent and can be designed to handle a wide variety of tasks managing calls, answering customer queries, taking feedback, etc. Developers can create and customize multiple agents at the same time.

Let’s take a brief look at some other key components of Dialogflow that give these virtual agents their functionality:

Intent refers to the customer or end-user’s intention behind each message. Through a process called Intent Matching, Dialogflow tries to match the information gathered from the user message (also known as end-user expression) to one of the intents classified by the developer in order to find the most suitable response. Each intent is defined by a training phrase, an action, parameters, and responses.

The information (intent) gathered from a user, associated with a specific keyword is automatically mapped to an entity. Developers can also create entities themselves which the agent can use to better understand the context of the conversation.

Similar messages can have completely different meanings under different contexts, so it’s important to establish contexts. Developers can specify numerous contexts that relate to different business scenarios and practices which the agent can use to drive the conversation forward.

In other words, despite having similar building blocks, Dialogflow is much more than the sum of its parts. Here’s how.

How is Dialogflow Different?

Google’s conversational AI efforts are driven by numerous factors such as constant scientific discoveries into ML and conversational AI, its own language model (BERT), Google Assistant serving 400 million users, and numerous investments into other AI endeavors (in 2019 alone it acquired 16 AI firms). This combined with Google’s core development philosophy of lightweight cloud applications, gives Dialogflow some very powerful as well as user-friendly features. With that in mind, here are the top 6 reasons why Dialogfow is better than other chatbot service platforms.

Rasa is one of the most popular platforms to build conversational agents with machine learning and natural languaging understanding. It is thus a very powerful alternative to Dialogflow. However, when compared to Dialogflow, Rasa seems almost barebones.

Dialogflow offers everything required to build an advanced AI chatbot without any technical knowledge. Instead of downloading and installing libraries, developers can start and finish their conversational agents without writing a single line of code. Additionally, Dialogflow doesn’t require hosting and comes with monitoring and debugging tools.

Using TPUs means that ML-enabled conversational agents have reduced time-to-accuracy as they are being trained for complex algorithms and network models. What used to take months on conventional hardware, now takes hours on TPUs.

Collaboration and remote working is a core part of Google’s design philosophy and we can see that in Dialogflow too with the option of flows. As an agent grows and becomes more complex, developers can use flows to partition the agent and control a specific part of the conversation. You’re not destroying anything but creating easily replicable pieces of conversation that can be modified by separate teams at their own pace.

Dialogflow has a built-in feature called Native Interactive Voice Response (IVR) which allows developers to convert a text-based agent into a voice agent. In other words, you can also create a phone bot with Dialogflow. It can easily connect existing telephony partners and can be used to redirect calls, schedule appointments, answer common questions, and more.

Dialogflow Console is a powerful web user interface that allows you to see your flows in the form of graphs that are updated in real-time. These visualizations are much more helpful at designing effective conversations than conventional diagrams and code. The Console also visualizes agent performance and has a dashboard dedicated to advanced analytics that helps you keep track of critical metrics.

We are in the midst of major market shifts in personal motivations and expectations. This combined with new technologies becoming increasingly accessible and affordable means that businesses must make changes to their customer experience to bring their offering closer to market expectations, that is, fast and scalable. It just happens that Conversational AI is an incredible way of doing that. It can be implemented in numerous ways, as shopping assistants, internal business intelligence (BI) bots, and more.

Whatever the implementation though, Dialogflow seems to be the obvious method of building these bots. It is the culmination of some of the most powerful features available in conversation tech and packages that performance is a user-friendly and efficient platform.

If you’d like to learn more about how Dialogflow works and where conversational agents fit into your specific business model, feel free to reach out to one of our certified cloud engineers for a free consultation today. 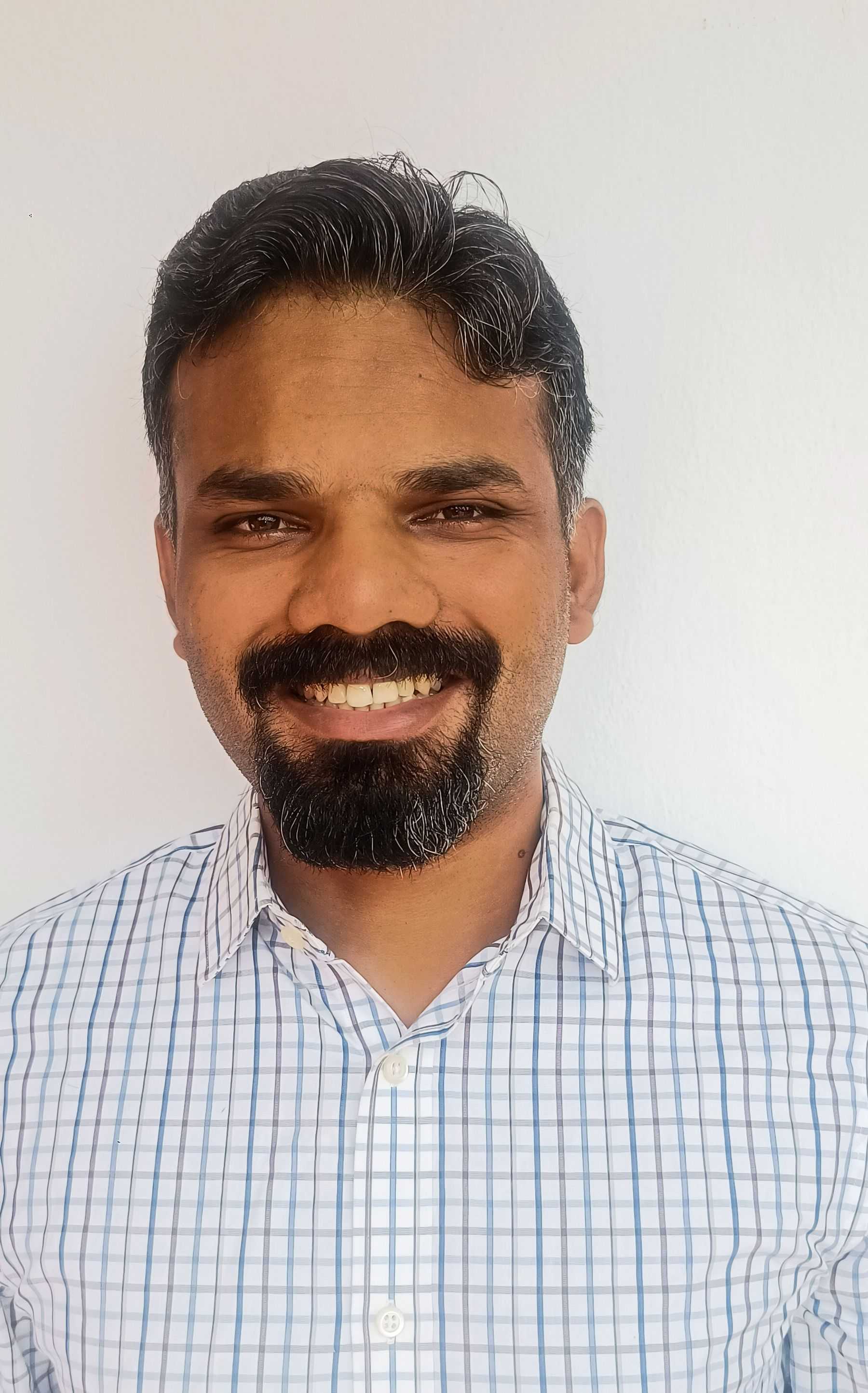 Gopi holds a Master’s Degree in Computer Science from University of Texas at Dallas, specializing in Machine Learning and Artificial Intelligence and is a Google Cloud Certified Architect and Data Engineer. In his off hours Gopi loves swimming, writing,and Formula 1. 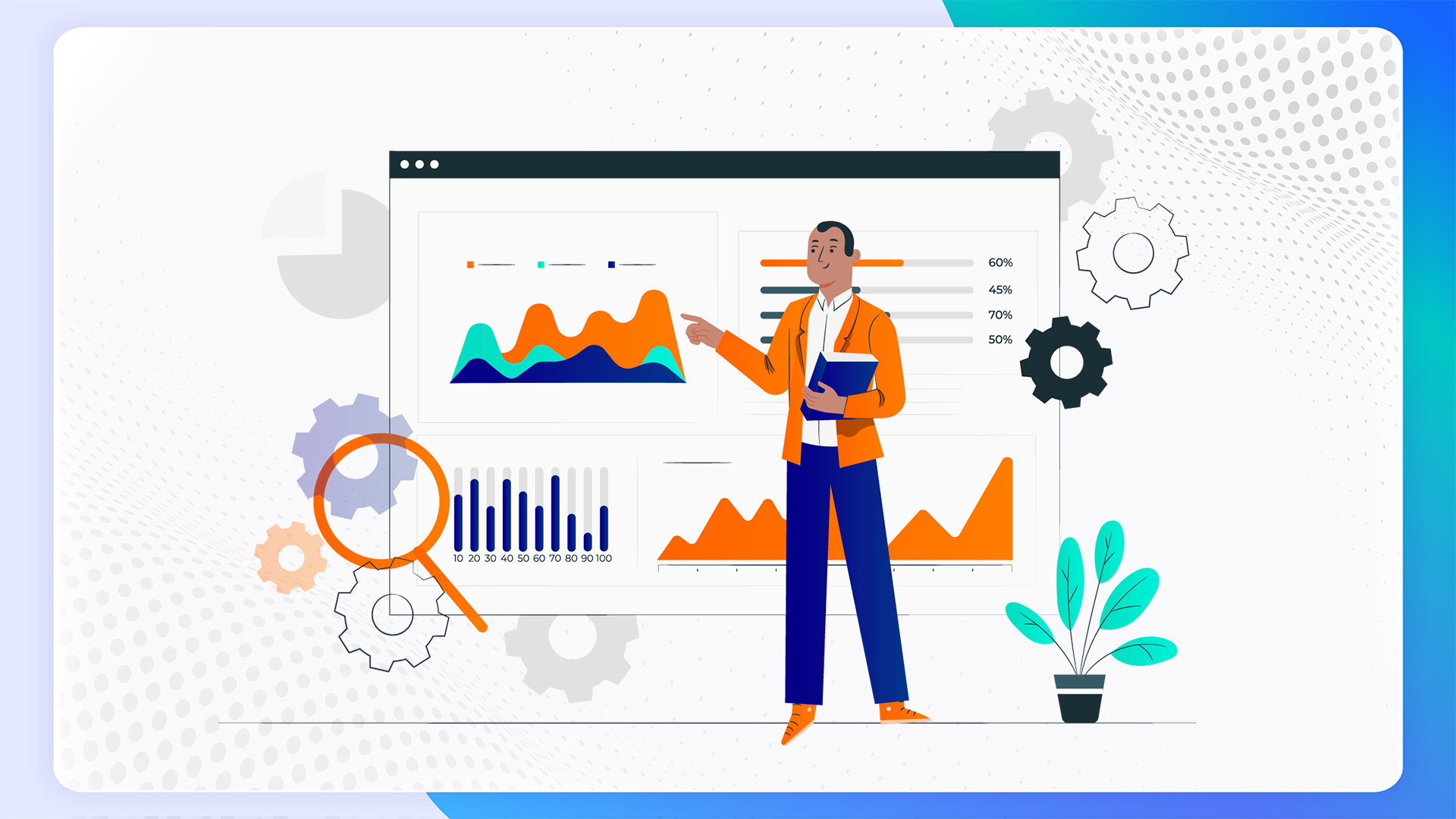 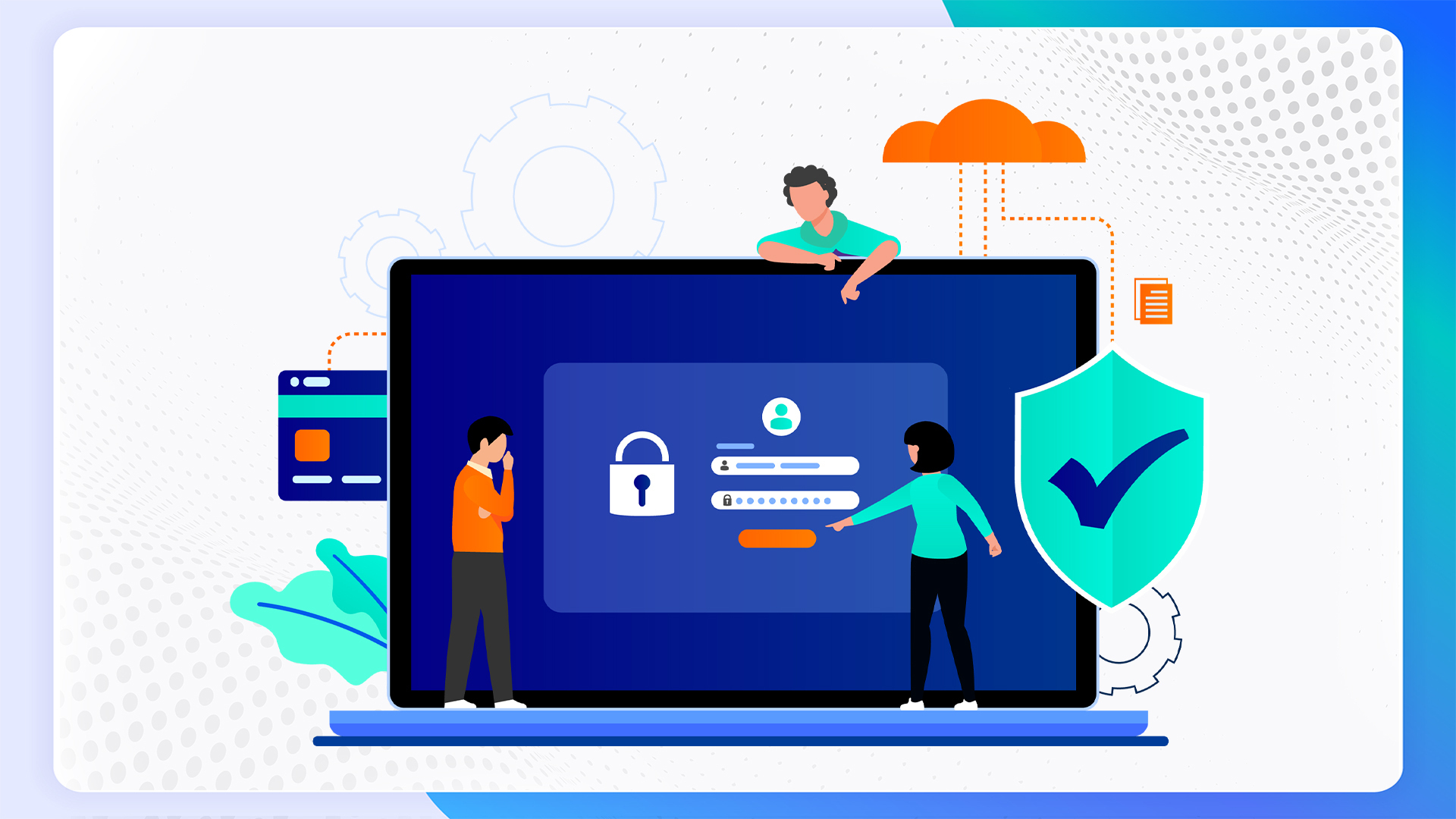 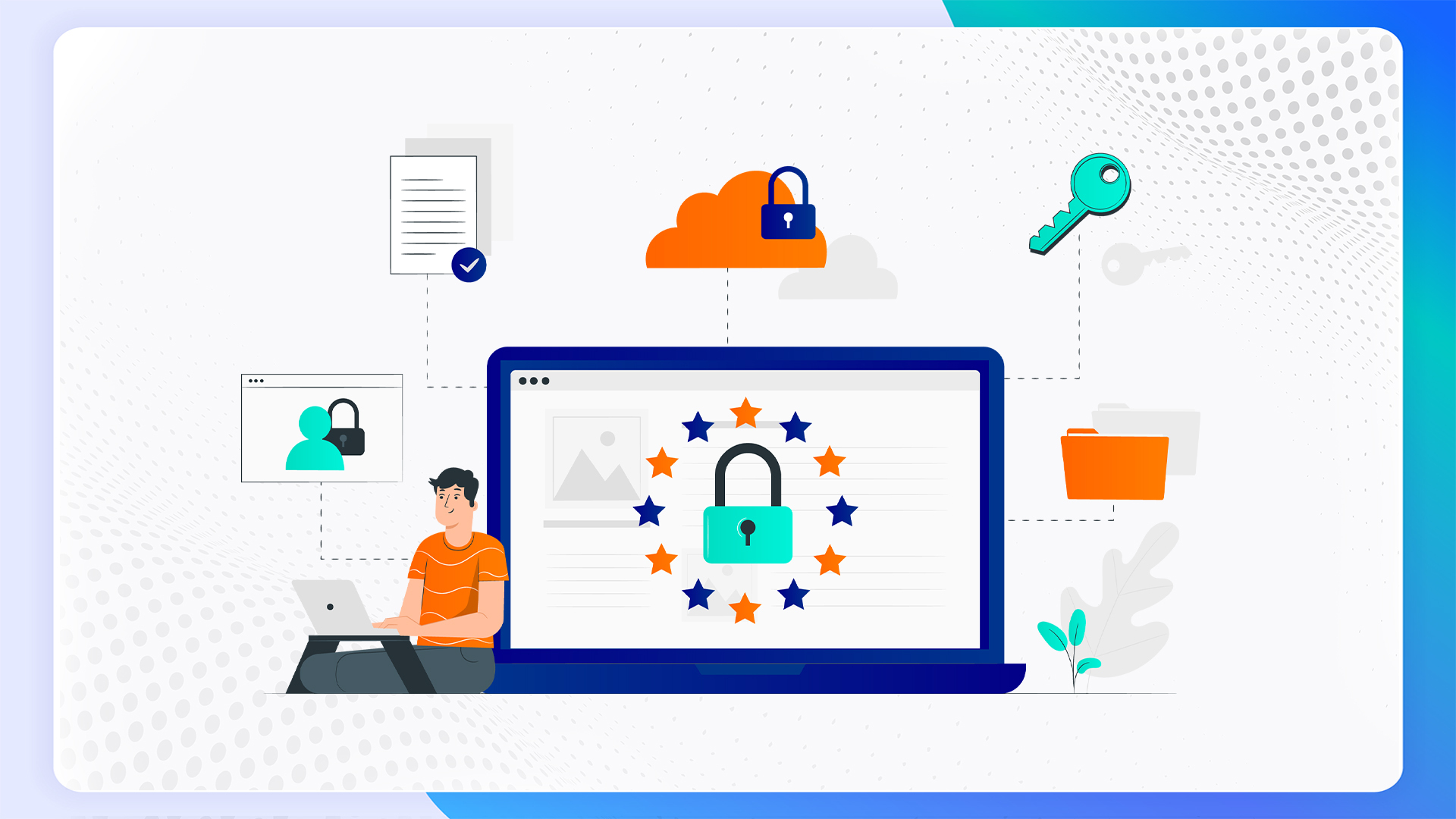